Since 1917, Glovsky & Glovsky has been providing legal services of the highest caliber and building long-term client relationships. Our Firm and individual lawyers try each day to live up to the values of client service, integrity and community.

Glovsky & Glovsky was founded by Abraham “Abe” Glovsky in 1917. Abe came to America as a young child and graduated from Boston University Law School at age 21. Supporting his community was important to him in both his professional and personal life. As he established his practice, he became active in local politics and was a leader in numerous civic and charitable organizations, including, among others, the Community Chest (predecessor of the United Way) and B’nai B’rith, of which he was a charter member. Abe’s three sons, Henry, William and Bertram, were inspired by their father’s passion and example and also became lawyers. Henry and Bert joined Glovsky & Glovsky and continued its tradition of excellence. Henry served in the Massachusetts Legislature as a Representative and Senator. Most of Abe’s nine grandchildren also became lawyers, including Henry’s sons, John and Mark who are partners in the same firm. Proud of its roots and heritage, the Firm has evolved into a ten lawyer office dedicated and committed to its clients and the community for the next 100 years.

Since 1917 Glovsky & Glovsky has been providing legal services of the highest caliber and building long-term client relationships. As a firm and as individuals, we strive each day to live up to the values of service, integrity and community. From direct access to senior lawyers to conscientious responsiveness, we establish trust and confidence. We work closely with each client to develop legal strategies to achieve their goals. At Glovsky & Glovsky, our reputation was built on personal and professional integrity which is imbued in everything the lawyers and staff say and do. We also continue our firm’s long-standing tradition of working in and with civic and charitable organizations in leadership roles, supporting the community where we work and live. 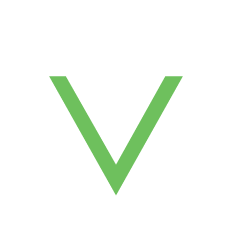 Glovsky & Glovsky is proud to have an AV Preeminent rating, the highest peer review rating given by Martindale-Hubbell for legal ability and professional ethics.